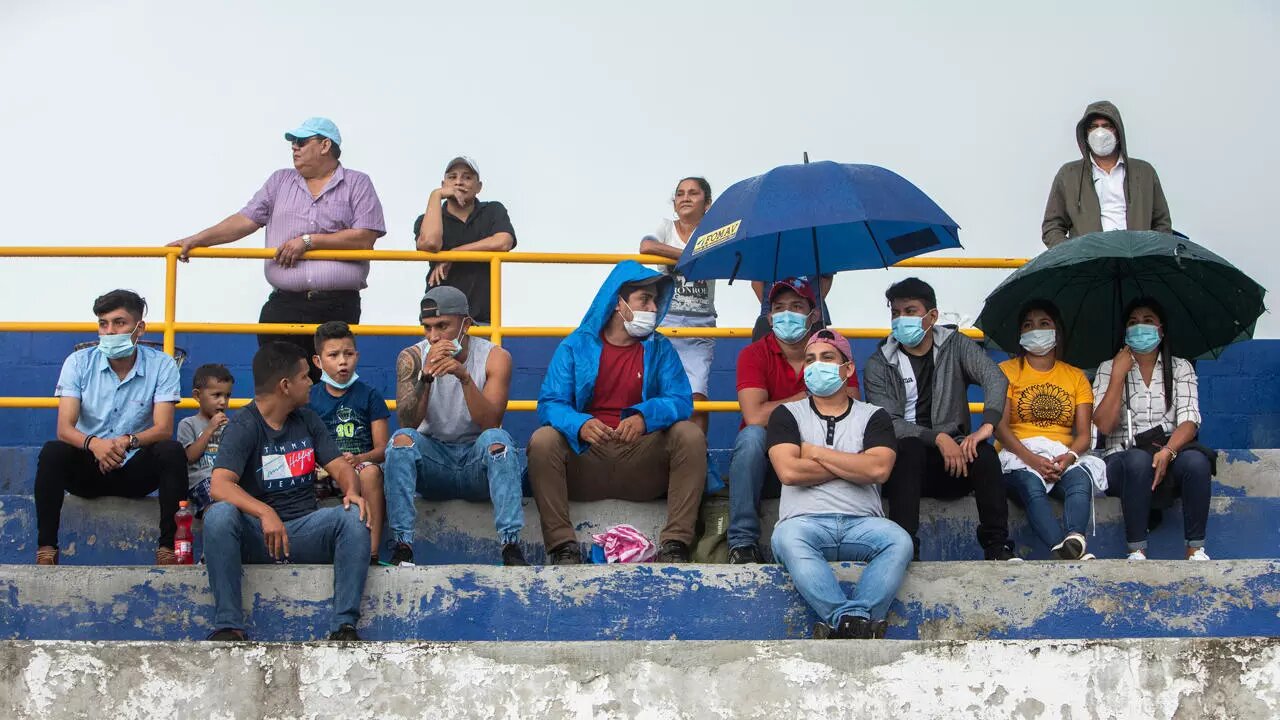 Calls for Mass Gatherings; No Quarantine or Travel Restrictions

Ortega is the only Latin American leader who has not made a single public announcement on how his government would address the pandemic. Vice President Rosario Murillo, Ortega’s wife, told Nicaraguans to remain calm and continue working. The authorities have encouraged attendance at massive rallies and school and adopted only voluntary quarantine measures for people arriving from abroad.

“While the world faces the most serious pandemic in a century, President Ortega is nowhere to be seen and his government is recklessly failing to put in place the basic preventive measures recommended by public health experts,” said José Miguel Vivanco, Americas director at Human Rights Watch. “Ortega’s failure to take this crisis seriously puts the lives and health of Nicaraguans at risk.”

According to the government’s official tally, Nicaragua has 7 confirmed cases of COVID-19 and has had 1 death. But local health professionals said the total number is unknown and may be higher due to a lack of comprehensive testing. Doctors in hospitals across the country reported sending multiple “suspicious cases” for testing at a Health Ministry facility, Conchita Palacios, but said that it was maintaining tight control over information and had not provided any public statement about the number of tests conducted or the results. One doctor reported an abnormal rise in pneumonia cases, which might also point to broader spread of the virus.

On April 6, the Health Ministry rejected Bishop Rolando Álvarez’s proposal to implement a COVID-19 prevention plan that included telephone consultations with doctors and eventual treatment at six locations throughout Nicaragua.

During its 2018 crackdown on dissent, the Ortega administration fired at least 400 doctors, nurses, and other health workers from several public hospitals in apparent retaliation for providing care to victims of protest violence. During the crackdown, security forces and armed pro-government groups killed hundreds of people and injured thousands. The security forces have arbitrarily arrested and tortured protesters, threatened and harassed journalists and human rights defenders, and forced the closure of independent news outlets and non-governmental organizations.

In a document obtained by local media in mid-March, the Health Ministry predicted that the number of COVID-19 cases could rise to over 32,500 and the number of deaths to 813 in a 6-month period. Such numbers could cause the collapse of the already frail health care system.

Nonetheless, the Ortega government has not taken any emergency measures in response to the pandemic and has kept schools open and allowed church services and events for tourists. Vice President Murillo has encouraged families to attend Easter festivities, although the Nicaraguan Episcopal Church and bishops advised vulnerable people to stay home.

Local sources have also reported that the government is discouraging Nicaraguans, including health workers, airport staff, and policemen, from wearing masks, and one activist said that pro-government groups have harassed those seen wearing them.

On March 14, Vice President Murillo organized a national march to show solidarity with those affected by the virus, calling it “Love in the Time of COVID-19.” Neither Murillo nor Ortega was present, but the march drew thousands of political supporters and public workers to the streets, despite World Health Organization warnings against mass gatherings.

The march followed Murillo’s announcement that the government would not institute a quarantine or block its borders to travelers. On March 23, the Health Ministry recommended a voluntary quarantine for any traveler arriving from a country with COVID-19 cases, indicating a slight change in the government’s position. But the government has not required any other social distancing measures. Nicaragua is the only country in Latin America to maintain open borders, after Cuba closed its borders on March 31. Every country in the region has reported cases, with Mexico and Panama each reporting over 2,000 and Honduras and Costa Rica reporting hundreds.

After learning of the first case of the virus on March 18, the Nicaraguan government deployed government workers and volunteers to people’s homes to “raise awareness” of COVID-19. The Education Ministry has also told teachers to go house-to-house to convince parents to continue sending their children to school.

On April 7, the Pan American Health Organization expressed concern about Nicaragua’s response to the pandemic, calling its prevention and control measures “inadequate” and urging authorities to follow the health organization’s recommendations to save lives.

In a statement, the Inter-American Commission on Human Rights said that Nicaragua should recognize the “extreme gravity” of the COVID-19 situation and carry out measures to protect public health. In particular, the commission urged Nicaragua to ensure people’s access to public information and explore options to release prisoners to house arrest or other alternative measures, prioritizing those with serious health conditions who may be at increased risk if there were an outbreak in prisons. The Commission also pressed for the release of the remaining 60 people detained in the context of the 2018 crackdown. On April 8, the government released 1,700 inmates under the pretext of responding to COVID-19, but did not include any of those detained in the context of the crackdown, local sources said.

Read More
BACK TO TOP